Nearly half a billion pounds was wiped from the value of retailer Sports Direct after it issued a profits warning.

It said that since the interim results on 10 December it had seen a deterioration of trading conditions on the high street and a continuation of the unseasonal weather over the key Christmas period.

“As a result, we are no longer confident of meeting our adjusted underlying EBITDA target (before share scheme costs) of £420m for the full year,” it said in a trading update.

“In light of these factors, and in anticipation of similar trading conditions between now and the end of April, management’s current expectation for the full year is for adjusted underlying EBITDA (before share scheme costs) of between £380m and £420m.”

Russ Mould, investment director at AJ Bell, said: “Sports Direct’s release of a profit warning just before lunchtime on a Friday is unlikely to sit well with the market, because of both the timing and the content of the trading update.

“Most major releases come out at 7am and it is rare for statements to come out later in the day, unless the company has overseas stock quotes or the event in question relates to a bid or takeover.

“Sports Direct already has a prickly reputation with the market, owing to prior perceived failings when it comes to communication and governance, and this is unlikely to buffer the company’s image.”

On the wider market, London stocks fell at the close after oil prices took another turn for the worse. UK equities rose earlier in the session as concerns on China subsided and oil prices gained. However, oil prices headed south towards the close, dragging the FTSE 100 lower. Brent crude dropped 1.9% to $33.09 per barrel and West Texas Intermediate plunged 1.15% to $32.89 per barrel.

Stateside, the US non-farm payrolls came in better than expected but wage growth remained weak.

London rose in early trade after regulators in China suspended a controversial “circuit breaker” which has been partly blamed for this week’s volatility across world markets.

The breaker is designed to suspend trading if shares fall by 7% or more, but it has led to panic in trading rooms and big losses for investors. Stocks on the FTSE 100 lost £33 billion in value yesterday.

Other markets in Asia recovered some of the week’s losses.

However, the underlying issues in the economy are a much bigger worry. China’s economy is slowing more than expected, giving rise to long-held feelings that previous forecasts have been overstated.

After bourses in China had failed to stay open longer than 30 minutes, markets plunged globally. The S&P 500 closed with a 2.37% loss and is down 4.93% over the first four days of the year.

That’s the worst four-day start to a year since 1928 with the index now at the lowest level since 1 October.

The weak oil price continued to weigh on the sector. Royal Dutch Shell and BP fell 5.5% and 2.67% respectively. 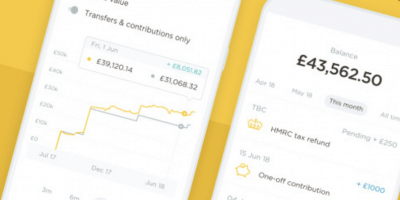