A new fashion sweeping America, combining hairstyling with cocktails, will be making its debut in Scotland early next year.

Stylists John and Donald Doolan plan the first ‘blow dry bar’ in Edinburgh aimed at women who want to add the finishing touches to their hair while enjoying a glass of  fizz before they head out for the night.

Ladies will be invited to relax in a cocktail bar atmosphere with the opportunity for some last minute pampering and even a courier service to and from the city’s top night spots.

Since former celebrity PR executive Alli Webb launched her business in California five years ago, blow dry bars – known as blow outs in the US – have become a phenomenon across the country. Webb now has 43 salons and revenues in excess of $70 million.

They are beginning to take off in London, led by Formula One heiress and founder of ‘Show Beauty’ Tamara Ecclestone who launched ‘Show Dry’ in March this year.

Now the Doolan brothers plan their own chain, starting with a salon in one of Edinburgh’s newly-created leisure quarters. They will open 5th Avenue Blow Dry Bar in March as part of the New Waverleygate development (right) being built behind the Royal Mile. The 2,000 sq ft corner unit in East Market Street has been let by Culverwells.

A number of top hotels have been approached about operating the blow dry service on site. Conference delegates and hen parties are among the target customers.

The Doolans closed down their loss-making Hush salon in Livingston which collapsed into administration and were encouraged to look at the new chains of ‘blow out’ bars, as they are called in America.

Together with commercial director Chris Robinson they now plan to raise £200,000 through the Glasgow based equity crowdfunding company Squareknot which has already received pledges of £20,000 for the venture.

A second bar is planned in Glasgow and they will then take the concept to one of the big northern England cities before heading overseas.

John said: “It is about feeling confident. If you look good, you can feel good. They are the new coffee bars.”

He predicts up to half a dozen blow dry bars in Edinburgh over the next 18 months.

This article has been amended 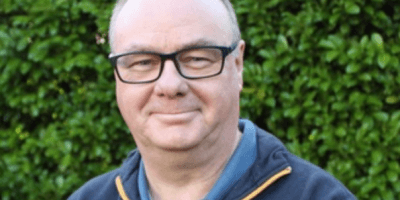