Scottish commercial property is offering investors one of the best opportunities for strong capital growth in 2016, according to international real estate adviser Savills.

In England, average prime commercial yields have hardened to an average of 4.63% and therefore investors in this market will see returns largely derived from rental growth.

Scotland has already proved popular with both domestic and international investors, with 37% of the purchases in the country so far this year being by non-domestic investors.

Previously, most international investors have tended to favour London and the south east, but higher yields and growth prospects in the UK’s regions is likely to attract further investor interest from both home and abroad in the coming year. Savills predicts that in the commercial market average total returns on UK property investments are likely to slow to approximately 7.5% in 2016.

Income and the ability to unlock the latent value of individual assets through active management are likely to be priorities, due to the current stage of the property cycle and the medium-term prospect of interest rate rises.

The referendum on membership of the European Union presents the greatest uncertainty for UK real estate in 2016/17, according to Savills, with the outcome likely to have implications for all three sectors.

The prospects for a pre-referendum investment slow down may well depend on how close polling companies believe the outcome will be. 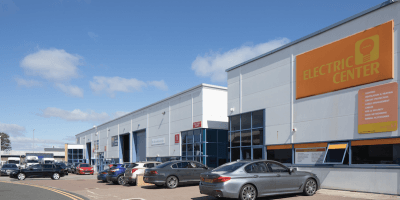