All to play for on high street

Over the last seven days, 62% of 100 high street retailers have been holding sales or advertising promotions in their shop window, according to PwC.

This is up four percentage points on the previous week, and on a par with the same time last year (63%), but far from the level seen in 2008 (80%) as the financial crisis saw customers stop spending.

Average price discounts being advertised this week were 38%, the same as last year and below the 45% seen in 2008.

Martin Cowie, head of private business at PwC in Scotland, said: “Despite the late November sales peak associated with Black Friday, the level of promotional activity is continuing to increase as we enter December, suggesting that there is a base level of activity which is seen as necessary to be ‘in the game’.

“However, many retailers jumped the gun on the traditional Christmas sales start line by running promotions earlier this year to spread them out and to clear their excessive winter stock.

“So with three weekends to go, it’s still all to play for as the battle for Christmas spend will go to the wire.” 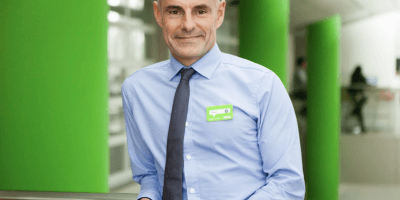 Roger Burnley: ‘Our plans will result in more roles being created’ Asda will see itsRead More