The Nigg Bay facility is included in the Scottish Government’s National Planning Framework 3 (NPF3) and would meet future demand for deep berthing space for oil and gas and renewables sector vessels and could attract larger cruise ships to Aberdeen.

Mr Graham said Aberdeen Harbour will be one of the largest and most important infrastructure projects in Scotland for some time.

Colin Parker, Aberdeen Harbour chief executive, said it is estimated the project will generate an ex£1 billion for the Scottish economy and create up to 3,000 jobs.

The appointment follows Pinsent Masons’ being chosen to advise on the preferred bidder on the £550m Aberdeen Western Peripheral Route and on the £800m Queensferry Crossing.

Mr Connon said: “The Aberdeen Harbour Expansion Project award ensures we end 2015 on a high and puts Pinsent Masons in strong position to bid for other landmark infrastructure projects across Scotland.” 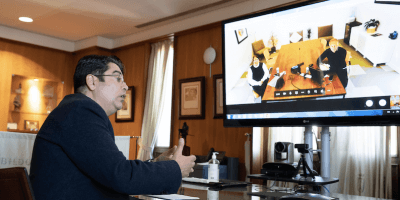 IT and digital firm SAS opens second Spanish base