A third of companies are overhauling how they reward their higher earners due to new restrictions on the amount people can pay into their pension tax free a year, according to new PwC research.

PwC’s survey of 130 companies shows that the changes to annual and lifetime allowance for higher earners, taking effect from April 2016, are proving a challenge for companies and over a quarter (26%) of those surveyed are reviewing the role of pensions for all employees as a result.

The changes will restrict the annual tax-free amount that higher earners can pay into their pension. From April 2016, the current £40,000 annual limit will be reduced to £10,000 for anyone with annual gross income of over £210,000.

As the calculation is based on total income – which includes income from other non-employer-related sources, such as property – PwC calculations suggest that anyone earning over £90,000 a year could potentially be affected by the changes.

Alison Fleming, pensions leader at PwC in Scotland, said: “Companies are under increasing pressure to come up with other ways to reward their higher earners as a result of forthcoming changes to annual and lifetime pensions allowance.

“According to our research, as firms overhaul their reward packages the likelihood is that we’ll see less emphasis on the role of pensions within this. This could have a knock-on effect for all employees, as a significant proportion of decision makers will be disenfranchised from pension saving. Over the long-term this cannot be a good thing.”

The research reveals that the changes are also acting as a further catalyst for companies to close their defined benefit (DB) pension schemes. Three in ten of the companies that have DB schemes are considering closing future accrual for scheme members. Over a third (35%) have made the decision to implement cash allowances.

For the companies that have closed to new entrants, but remain open to accrual, half are in discussion to offer cash allowances. Other options include offering flexible accrual to prevent their employees breaching the lower annual allowance.

Those companies with defined contribution (DC) pension schemes are also considering their options. One in two companies are in discussions to offer cash as an alternative to their affected employees, while 42% are considering restricting contributions to prevent their employees breaching the annual allowance threshold.

Ms Fleming, added: “With workplace arrangements set to change in the months and years ahead, higher earners will have to fundamentally change how they save for their retirement. And this may prove even more challenging with one of their traditional back-ups, buy-to-let property, also becoming a less viable alternative option from next April due to stamp duty changes.” 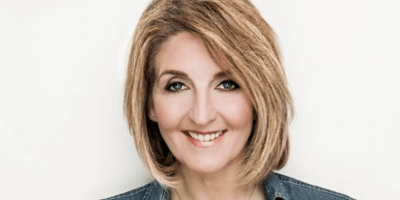