Industrial stock levels have been tightening in Scotland over the past year as take-up for new and good quality second hand space has been strong, says Savills.

“We have been retained to sell 200 acres of land on Scotland’s premier logistics park, Eurocentral, and on Knight Real Estate’s Kingshill Commercial Park in Aberdeen,” he said.

“Savills is currently appointed on 2 million sq ft of stock across Scotland including a vast number of multi let industrial schemes for a range of clients including MSeven, Hermes, Tilstone, London & Scottish Investments, Kames Capital and AEW.”

The firm noted some examples of rent levels for new build units in Scotland’s Central Belt reaching circa £7.50 per sq ft, subject to size, which is an increase of approximately 25% on average rents.

The rental rise has often been met with resistance by existing occupiers who are traditionally used to lower levels and have been for some time.

As a result this has caused a blockage in the market, with limited new stock being delivered due to the lack of pre let commitment from occupiers which therefore affects development viability.

Whilst few and far between 2015 has seen some examples of speculative development which it says is “an encouraging sign”.

Savills believes 2016 should see more new development due to a shift in occupier sentiment as the lack of available new and modern stock causes businesses to alter their view and commit to higher cost space thus stimulating a higher volume of new development. 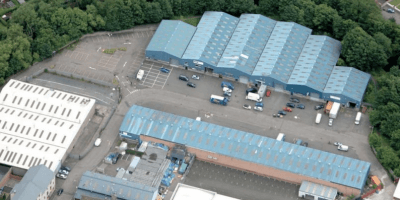