Households are being urged to reduce the amount of food and drink wasted over the festive period as new figures reveal they will throw away more than 50,000 tonnes throughout the month of December, including 280,000 turkeys, 240,000 Christmas puddings and 3.5 million mince pies.

Scottish food minister Richard Lochhead – who recently announced his intention to introduce a formal food waste reduction target for Scotland – has teamed up with Scottish celebrity chef Tony Singh to urge people to plan ahead, resist the temptation to over-buy and help to cut the amount of food dumped through over-indulgence.

The advice comes as part of European Week for Waste Reduction which encourages people throughout Europe – including public authorities, private companies and the general public – to arrange activities which promote the importance of reducing waste.

In Scotland, more than 100  events have been scheduled, demonstrating the crucial role that waste reduction plays in reducing carbon emissions and boosting the economy.

Mr Lochhead said: “In October, I announced the very encouraging news that since 2009, avoidable food waste in Scotland had dropped by almost eight per cent, representing an annual saving of around £92 million for households throughout the country.

“There’s so much more to be done, however, particularly during the festive period – when we’ve previously seen a spike in food waste figures as people admit to throwing away more food at this time of year than any other.

“Planning ahead for the party season is easy to do. It’s crucial that we all play our part to reduce food waste and appreciate the very significant environmental and economic impact it has.

“Tony Singh is widely recognised as one of the country’s top chefs, and I know he shares my passion in terms of helping Scotland to work towards becoming a zero waste society. He is a fantastic ambassador for Scotland and I’m delighted that we’re able to make the most of his expertise as a seasoned chef and restaurateur during European Week for Waste Reduction.”

Mr Singh – perhaps best known for his many appearances on the BBC’s Great British Menu, as well as one half of the duo The Two Incredible Spice Men with fellow chef Cyrus Todiwala – has partnered with Scottish Government-funded organisation, Zero Waste Scotland, to provide his top five tips for planning ahead effectively, during the party season.

He said: “It’s great to be working with the Scottish Government and Zero Waste Scotland on this fun and festive food waste reduction campaign – and I’m delighted to have provided some festive leftover recipes to keep the cooks inspired after the big day.”

Iain Gulland, chief executive, Zero Waste Scotland, said: “By shopping smarter and planning meals better, everyone in Scotland can save money and help the environment – not just at Christmas, but throughout the year. The invaluable advice that Tony has provided is something we should all consider whenever we go shopping for food.

“Zero Waste Scotland delivers the Love Food Hate Waste campaign in Scotland, which offers a range of recipes, advice and tips to help families save an average of around £470 per year.

“We’ve been very encouraged in recent months by the evidence which demonstrates the significant drop in avoidable food waste in Scotland since 2009, but we still have a long way to go to achieve our aim of becoming a zero waste society. We very much look forward to the introduction of Mr Lochhead’s formal food waste reduction target for Scotland in the coming year.” 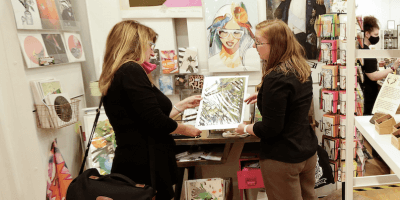