Labour wants to reintroduce the 50p tax rate of income tax for those earning over £150,000,  but the Tories say Labour is in the dark about how much the hike would actually raise.

Independent research says about 14,500 individuals would fall into the higher rate tax bracket in Scotland.

Scottish Labour leader Kezia Dugdale recently said: “It could also raise zero because of the mechanisms by which people can avoid paying tax so it is up to £100 million which we would ring-fence purely for school spending.

“But in the case of us not raising what we hope, we also have an additional redistributive mechanism which we would use for education, which is to scrap the APD measure would bring £250 million and we could spend that on education inequality.”

Today Ms Dugdale pledged to spend the proceeds from the 5p top tax increase on education. The Tories say she previously stated this was earmarked for replacing tax credit cuts.

Scottish Conservative enterprise spokesman Murdo Fraser (pictured), said: “Here we have a Labour party who don’t even know themselves how much their tax plans would raise. Their economic plans showcase complete economic illiteracy.

“There is a real risk that many of our top rate of earners would move to England to avoid the tax increase and Kezia Dugdale has even admitted herself that the rate could also raise zero money.

“From the start, the Scottish Conservatives warned that a 50p tax hike would harm job and wealth creation in Scotland because it is anti-business.

“This is yet more evidence we have a Labour party stuck in the 1980s and determined to drag Scotland dangerously to the Left.”

Politics No Comments » Print this News
Bank rises on speculation of it leaving London Previous News
Next News Wave energy firm Aquamarine Power, based in Edinburgh, has ceased trading with the loss of 14 jobs 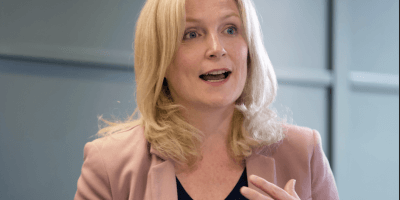