Another setback for games firm

Huge blow as FanDuel banned from operating in New York

Fantasy sports games firm FanDuel and its main rival DraftKings have been told by the New York State Attorney General that they are operating illegally and must cease all operations immediately.

Eric Schneiderman’s ruling  means New York becomes the second state after Nevada to declare that daily fantasy is gambling and therefore should be banned.

With dozens of other states inquiring into the dispute, the two companies are now exposed to similar bans across the country in what will be a major blow to their operations.

FanDuel, based in Edinburgh and New York, and its rival are multi-billion turnover businesses which have grown rapidly on the huge popularity of fantasy sports games in the US. FanDuel plans to launch in the UK in the near future and is relocating into a £50m headquarters now under construction in Edinburgh’s Quartermile development.

This is the biggest setback in a recent onslaught on the fantasy games industry which has involved Congress and the FBI as opponents claim it breaches strict US laws forbidding online gambling.

Both operators denied the allegations and any wrongdoing although they subsequently banned their employees from betting on their sites.

Some television stations have banned advertising and FanDuel is facing a patent suit and legal action from a professional player over rights to his image.

The companies have always insisted they are exempt from the gambling legislation under the Unlawful Internet Gambling Enforcement Act (UIGE) of 2006 which states that their games are based on skill.

Mr Schneiderman disagreed, saying that each daily fantasy game “represents a wager on a ‘contest of chance’ where winning or losing depends on numerous elements of chance to a ‘material degree.’”

“Daily fantasy sports is neither victimless nor harmless, and it is clear that DraftKings and FanDuel are the leaders of a massive, multi-billion-dollar scheme intended to evade the law and fleece sports fans across the country. Today we have sent a clear message: not in New York, and not on my watch.”

In a statement, FanDuel said: “Fantasy sports is a game of skill and legal under New York state law. This is a politician telling hundreds of thousands of New Yorkers they are not allowed to play a game they love and share with friends, family, co-workers and players across the country.”

DraftKings said: “New York’s actions today are an unfortunate example of a state government stifling innovation, technology and entrepreneurship and acting without full and fair consideration of the interests of consumers.”

Professional sports teams will also be keen to understand how the ruling may impact on them as many have partnerships with the two companies.  Brooklyn Nets announced last year that FanDuel would be one of its premier partners. 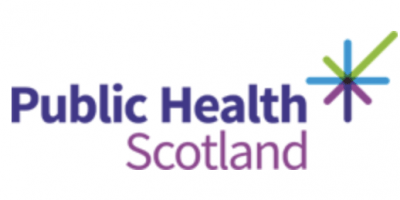