The Earl of Wessex joined a business breakfast event to officially open the Glasgow office of audit, tax and consulting firm RSM.

The event, held at the firm’s new premises in Wellington Street, was jointly hosted by RSM and Trustees of The Duke of Edinburgh’s Award Charity, HRH The Earl of Wessex and Scottish businessman, Malcolm Offord.

About 70 staff and partners will be based at the office, one of the firm’s five locations in Scotland. The opening follows the firm’s recent adoption of the RSM brand which has been rolled out across the entire RSM worldwide network in more than 110 countries.

RSM (formerly Baker Tilly) began supporting The Duke of Edinburgh’s Award in 2006, and with it approaching its Diamond Anniversary in 2016, the firm has become the charity’s first Headline Diamond Partner for Local Impact.

As part of the proceedings, Silver DofE Award holder and Gold DofE Award participant Darriane Chalmers spoke about the benefits of taking part in The Duke of Edinburgh’s Award and how the programme had brought about positive changes in her life. Guests also took part in discussions on initiatives to boost the life and work skills of young people in Scotland.

David Gwilliam, chief operating officer at RSM who chaired the event said: “We are honoured that HRH The Earl of Wessex was able to join us today to open our new office. Our investment in new premises here in Glasgow, timed to coincide with the adoption of our new brand, is a signal of our commitment to the city and our confidence in the future growth prospects for local businesses.

“Wherever we are based, we aim to play a constructive role in the local community. Our firm has a long association with The Duke of Edinburgh’s Award and it was inspiring to hear first-hand the positive impact that the Charity’s important work has on the lives of young people in Scotland.”

Jacquie Larcombe, director of fundraising for the DofE award said: “Boosting the skills and aspirations of young people in Scotland is a high priority for The Duke of Edinburgh’s Award.

“This event today has been a fantastic opportunity to engage in constructive discussions with senior industry representatives and philanthropists from across Scotland who share the same desire to see young people in Scotland thrive and achieve their full potential.

“We are grateful for RSM’s continued support and look forward to working with them in our Diamond Anniversary year.”

Photo: David Gwilliam and the Earl of Wessex

Notebook No Comments » Print this News
Wave energy firm Aquamarine Power, based in Edinburgh, has ceased trading with the loss of 14 jobs Previous News
Next News Par Equity funding just the ticket for Red61 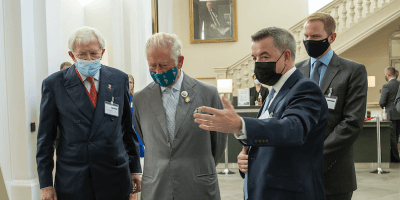 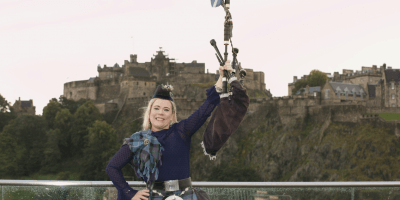