Scottish start-ups are being urged to apply for a share of a £650,000 fund being offered to companies that make a positive impact on the lives of others.

Scotch whisky firm Chivas Regal has launched The Venture 2015 in Scotland after the success of the first year of the competition which attracted more than 1,000 applications.

The Venture is open to any for-profit start-up that creates financial value and a positive impact on the lives of others.

This year, the UK finalist will receive an additional £10,000 and bespoke business mentoring as well as the opportunity to compete with social entrepreneurs from more than 25 countries.

All finalists will also take part in The Venture’s Accelerator Week when they will receive training and business advice, as well as mentoring from some of the biggest and most influential names in business.

Last year’s winner was Two Fingers Brewing Company, founded by seven friends, who met whilst working at an advertising agency in London. It hands over its profits to research into prostate cancer.

In 2012, several of their colleagues were affected by the condition and they were shocked to learn that prostate cancer kills roughly as many men as breast cancer does women.

After a positive response to a small batch of beer sold to family and friends, the friends decided to launch the brand nationally.

Its first beer, Aurelio, went on sale in January 2014 and is now stocked by Tesco, Ocado, Morrisons,  Jamie’s Italian, and Club Gascon, the Michelin-starred restaurant.

Will Waldron, co-founder, said, “When we had the idea for a craft beer brand that would fight prostate cancer, one beer at a time, we just had to make it happen and we saw The Venture as the ideal launch pad to turbocharge the growth of the company.

“It has been a fantastic boost in profile for us, leading to multiple domestic and international enquiries and helping to open up distribution to over 16,000 on-trade venues in the UK as part of Matthew Clark’s Boutique Beers range.”

To enter The Venture, aspiring social entrepreneurs should visit https://www.theventure.com

The deadline for UK entries is midnight on 30 November. 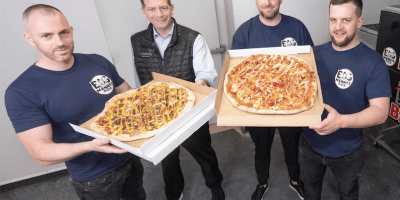