Scottish Labour will reverse George Osborne’s tax credit cuts for 350,000 working families if elected next year in what is being seen as the first skirmish in the battle over new tax powers north of the border.

Party leader Kezia Dugdale will tell delegates at the party’s annual conference that she will meet the £440 million bill without increasing taxes in Scotland.

While Ms Dugdale sees this key policy objective as a means to wrongfoot both the Chancellor and the SNP finance secretary John Swinney, there is some uncertainty as to whether the new tax powers would allow her to instigate changes to tax credits.

Labour may need to design and fund a new benefit under its new welfare powers to plug the gap or find another way to top up lost credits.

Ms Dugdale will tell delegates today: “Before the UK elections, our opponents said there was no difference between Labour and the Tories. I hope they can see the difference now: a Labour government introduced tax credits, a Tory government cut them.”

Kezia Dugdale, Scottish tax Politics No Comments » Print this News
Living on Elm Street will slash your home’s value Previous News
Next News Rangers in no urgency for share issue 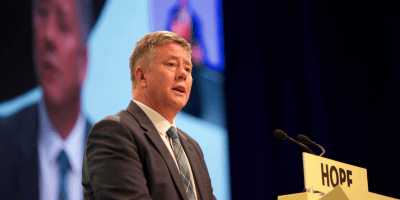