Investors are being urged to tap into £10 billion of development opportunities in seven Scottish cities.

The Scottish Cities Alliance has issued a prospectus ahead of MIPIM UK, the largest gathering of the country’s most powerful property players which takes place in London from 21 – 23 October.

On offer to investors is a range of leisure, office, residential and industrial investment schemes, some already under way.

They include the Edinburgh Park, Fountainbridge (pictured above), Haymarket,  New Waverley and St James’s developments in Edinburgh, the regeneration of Aberdeen City Centre, the City Science project and Ingram St developments in Glasgow, and the central waterfront in Dundee.

This is the second year the Scottish Cities Alliance,  the partnership between Scotland’s seven cities and the Scottish Government, will have a presence at MIPIM UK. Coun Andrew Burns, chairman of the alliance (left), said: “Together Scotland’s city regions have a strong story to tell, and collaboratively we are making a significant impact in a very competitive environment.

“The new Investment Prospectus sets out our stall to influential players in the property market and is a showcase for the opportunities currently open to investors to unlock the future economic potential of a connected Scotland.

“It sends a clear, singular, message that Scotland is going for growth and reflects the public sector’s commitment to providing infrastructure for future investment, our low carbon and smart cities initiatives.”

Earlier this month the Scottish Cities Alliance launched its Smart Cities Scotland programme which aims to make city services more effective and environmentally friendly by using data to do everything from managing traffic congestion to maximising energy efficiency through smart grid technology.

Aberdeen’s exhibition and conference centre is one of the highlights in the new prospectus. The design for the new £185 million centre shows a multi-purpose arena, a range of conference facilities and a 200-bed hotel. Over the next 10 years the centre is expected to contribute an additional 4.5 million visitors, £113 million of visitor spend and £63 million net Gross Value Added (GVA) to the Scottish Economy.

Opportunities for developers, investors and a wide range of business ventures still exist at Dundee Waterfront, which has been shortlisted for a prestigious MIPIM UK award. The £1billion mixed use development spans 240 hectares of land stretching 8km along the River Tay and is the 3rd largest regeneration project in the UK.

Edinburgh has several schemes available. A new masterplan for Edinburgh Park, drawn up by Dixon Jones and Parabola, is seeking occupiers, including a hotel. EDI is behind plans to develop land around the canal and former brewery site at Fountainbridge and is seeking £133m with an expected return on investment of £200m. The Scottish TV and Film studio at Pentland is seeking £120m.

Glasgow is developing a renewables technology centre at a cost of £200m and is looking for a hotel occupier for a £50m development in Ingram St in the Merchant City (above).

Inverness is creating opportunities for organisations in the knowledge economy to co-locate and collaborate at Inverness Campus, one of the most ambitious projects in Scotland which opened earlier this year. The campus occupies 215 acres of prime development land connected directly to 80 acres of an already thriving life sciences community. A recently announced £44million deal with developer Cityheart will see a 150-bed student accommodation complex built on the campus.

Also featured is the Food and Drink Park in Perth, a dedicated hub for this key growth sector in Scotland. Within Perth and Kinross, the annual turnover of the food and drink sector is estimated at £280m and the 16-acre site offers businesses space for expansion.

Perth recently announced the new Thimblerow Development. This significant project will establish a mix of restaurants and bars, speciality shops, a cinema, gyms, housing, and a multi-storey car park which forms a cornerstone of the city’s wider plans to establish a new cultural quarter in the city centre.

Investors are being encouraged to look afresh at Stirling which is promoting a £200 million city development framework focusing on key projects which will further develop the city as a place of heritage, vibrancy and modernity with a thriving creative and cultural sector and as a seedbed of talent and innovation.

“I therefore call on the investment community to get behind this prospectus and help us to drive sustainable economic growth through the delivery of future-proofed infrastructure and connectivity across our cities and their regions.” 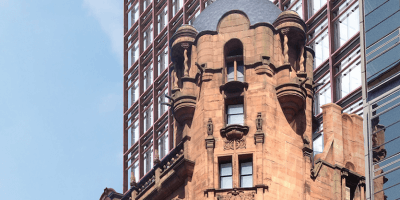