Peston says he will ‘miss the BBC’ as ITV switch confirmed BBC economics editor Robert Peston has admitted that he will “miss the BBC terribly” after it was confirmed he will leave the corporation to join ITV as political editor. He will also present his own Sunday morning politics show.

Peston is expected to go head to head with Andrew Marr after ITV finally enticed him with the extra role and a salary thought to be worth £350,000.

The former Business Editor, whose lack of enunciation divides opinion among viewers, has been the subject of a will-he-won’t-he discussion in media circles for some days.

It is understood that the BBC made a final attempt to retain his services by offering him a job on Newsnight alongside main anchor Evan Davis.

At ITV Peston will replace Tom Bradby who is to become the lead presenter of News at Ten.

Speculation about his move was initially treated as little more than a joke and was made the subject of a stunt on the Radio Four PM programme presented by the former BBC Scotland journalist Eddie Mair.

In a blog, Mr Peston wrote:

“So you may have noticed that I am off to another place.

“I don’t think this is my last blog post here, but I did want to say something a bit more personal than normal on this occasion – which is that working for BBC News has been the high point of my working life.

“Its unrivalled commitment to objectivity, seriousness and relevance is a beacon. And its journalists, editors, producers and cameramen are world class.

“Television is a team game. I want to thank all my brilliant colleagues who for the past 10 years have routinely, through their thorough professionalism, transformed my pig’s ears into almost-silken purses.

“I’ve never had a dull moment since I joined. I will miss the BBC terribly.” 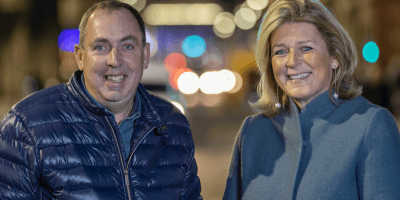