Telecoms company Commsworld, which is behind the Gigabit City projects to transform internet services in Aberdeen and Edinburgh, is poised for its most successful year yet.

The network, telephony and internet service provider (ISP) started the year on track to post £10 million in revenue, but is now expecting a 28% uplift on that forecast.

It has seen rapid growth since expanding its services from telecommunications and building a new Scottish centric network. This growth has intensified in the first half of 2015 with the business landing significant deals and helping deliver the ground breaking Edinburgh CORE project, which will see the capital become one of the best connected cities in the world.

This year has seen Commsworld add a number of household names to its already well established client list, including Arnold Clark, The Edinburgh International Conference Centre and The Law Society, with a strong pipeline of new business set to boost forecasts further before the turn of the year. By then the Edinburgh headquartered firm hopes to employ 60 full-time staff.

Chief executive, Ricky Nicol, said: “2015 has certainly been the biggest year in our history. A decision taken many years ago to go it alone and service Scottish businesses with what we believed would be a more personal and effective set-up is further justified each day and with each client that joins or renews with us.

Earlier this month Commsworld announced a milestone £12m contract with CGI to be a key provider in the City of Edinburgh Council’s new ICT contract that will see it help to deliver a 400 site Wide Area Network (WAN) delivering faster and more reliable connectivity for schools, libraries and other council buildings.

The landmark deal was made possible through its strategic partnership with network infrastructure provider CityFibre.

In May this year the two firms launched the Edinburgh CORE project, which will see a “pure fibre network” installed in Edinburgh allowing business to access internet speeds estimated at 100 times faster than the UK average.

The Edinburgh project – the largest Gigabit City project in the UK – will future-proof the capital’s economy providing the foundations for a further digital boom and is expected to attract inward investment that could see GDP boosted by a massive 1%.

Commsworld was also selected as a preferred partner for CityFibre’s ‘Gigabit City’ project in Aberdeen, helping drive business in the North East.

Mr Nicol said: “Our partnership with CityFibre and the opportunity to deliver on the hugely exciting Edinburgh Gigabit City project by propelling my own home city to the forefront of the digital revolution is a source of immense pride.

“However, the most satisfying part of our success is being able to offer more people a strong career that will allow them to share in our success.” 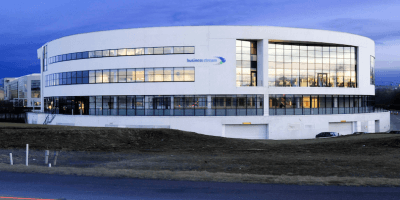