Clyde Gateway, the urban regeneration company responsible for transforming some 2,000 acres in the East End of Glasgow and South Lanarkshire, has won an award at the British Council for Offices’ national ceremony in London.

The company was presented with the UK wide award for projects up to 2,000m2 for The Albus at 110 Brook Street, Glasgow. The British Council for Offices Awards Programme provides public recognition for top quality design and functionality and a benchmark for excellence in workplaces.

The judging panel praised The Albus as a superb example of a building that has been developed by a client with a clear vision, and a design team and contractor with the skills and expertise to deliver those aspirations.

The success follows an award win earlier this year in the same category for the British Council for Offices’ regional award in which The Albus was ranked best in Scotland.

The Albus was recognised as a sustainable development; delivering not just sound environmental credentials scoring a BREEAM ‘Very Good’ and ‘B’ rated EPC, but also embracing both the social and economic needs of the area.

Fionna Kell, inward investment manager for Clyde Gateway said: “This national recognition further cements Clyde Gateway’s position as the place to do business. The Albus provides an office solution that directly meets the needs of business, and offers contemporary and efficient space, a point not lost on the judging panel.”

Judges noted that the close collaboration between all those involved in the project had resulted in the office successfully avoiding a feeling of ‘cheap and cheerful’. They also emphasised the quality of the design, workmanship and internal environment stands out, not just in a changing part of the city, but the rest of Glasgow and indeed Scotland as a whole.

The Albus is home to MadeBrave, a full-service digital creative agency serving national and international brands.   Discussion is currently ongoing with other interested tenants, however, space is still available at this building.

This is not the first time that Clyde Gateway has been successful at these awards.  The firm was also awarded a regional BCO Award in 2013 when it won Best Commercial Workplace (Scotland) for the Eastgate building which sits adjacent to The Albus and is home to Community Safety Glasgow. 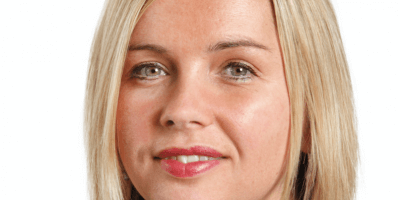