Energy firm at bottom of pile

ScottishPower has been ranked the worst company in Britain for customer service, just below rival energy firm Npower.

The rating appears in an annual survey of 100 of the country’s biggest brands conducted by consumer group Which?

Based on a survey of 3,501 people, the report scores firms on the helpfulness of their staff, their knowledge of products and services, and whether they make customers feel valued.

ScottishPower customers complained about long waiting times on the phone, along with problems over bills. Others told of their experiences of its “useless” customer service and unhelpful standardised replies.

Personal finance came out favourably in the league table, followed by supermarkets and retailers.  Travel and telecoms firms are in the bottom half, with energy companies the worst performing sector.

Which? executive director, Richard Lloyd said: “Long-suffering customers deserve better. Nearly nine in 10 told us poor service puts them off using a company again, so there is a clear incentive to offer service that makes customers smile.

“Companies at the bottom of our survey should take note: make your customers seethe and you will pay the price.”

A ScottishPower spokesman said the company was committed to restoring service levels to the highest possible standards.

* A campaign group is fighting for compensation from ScottishPower claiming that half a million customers lost out on £75 million following the collapse of a company cashback warranty scheme in the early 2000s. 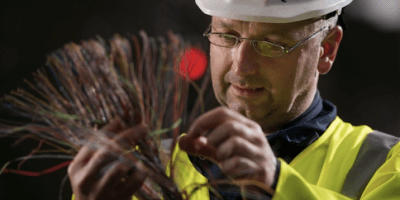