Culture Secretary Fiona Hyslop has called for the BBC to be reconfigured around a federal structure representing the four nations of the UK.

She says the Scottish government wants boards made up of BBC staff and independent members operating in Scotland, Wales, England and Northern Ireland.

BBC Scotland would have control over its budget, giving it independent decision making over commissioning and editorial decisions, as well as staffing structures and the wider running of the organisation.

This, says Ms Hyslop, would provide further support to the creative industries in Scotland and would not require new money, but a re-allocation of existing funding.

The Scottish Government is also seeking an additional TV channel and radio station.

Ms Hyslop made her comments at a consultation event with leading figures from Scotland’s television sector to discuss issues around Charter renewal and how to meet the needs of Scotland.

The  Smith Commission handed the Scottish Government a formal role in the process.

There have also been meetings with the UK Government Culture Secretary John Whittingdale, and James Purnell who is leading the review for the BBC. Ms Hyslop is also due to meet Lord Hall, director-general of the BBC.

Ms Hyslop said: “The UK has changed dramatically since devolution but the BBC has yet to catch-up with the impact of devolution and truly reflect the complex, varied and rich realities of our society.

“Scotland has the right to expect something truly radical from the Charter review, if the BBC is to meet the needs and reflect the lives of Scottish audiences to support the development of a sustainable production sector in Scotland.

“Today I have outlined the Scottish Government’s proposals for the future of the BBC: a federal BBC, with at least a board for each nation, with a mix of BBC staff and independent members.

“This model itself would not incur any great additional costs, but would encourage independent decision making over editorial direction, staffing structures and commissioning, and cooperation over the wider running of the organisation.

“This model would ensure resources can be stewarded intelligently in a way appropriate to the context – equipping the BBC in Scotland with more tools to deliver a high-quality service.

“This Government has called for the creation of a new TV and radio channel, to support the demands of audiences and the TV sector. New television and radio platforms are the accelerator through which we can improve the sustainability of our production sector and make it more representative of life in Scotland.

“My ambition on this journey is a destination that sees the BBC in Scotland delivering a public service both in how it does its business as well as the high quality and meaningful content experienced by audiences. I want to see content that is genuinely representative and empowers and inspires debate, from Selkirk to Shetland, form Paisley to Portree.” 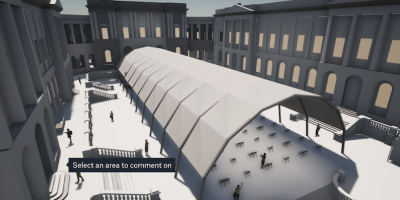