The award makes it the biggest winner in a competition run by the Department for Transport (DfT). The Edinburgh-based company is one of three advanced biofuel producers to share in a £25m funding pot.

The company will use the funding to build a biofuel facility that will be operational by December 2018, producing annually at least one million litres of biofuel, capable of powering cars.

Professor Martin Tangney, the company’s founder and president, said he was delighted with the award which would allow it to create Europe’s first facility for acetone-butanol-ethanol (ABE) fermentation for 50 years.

The process, that uses bacterial fermentationto produce advanced biofuels from carbohydrates such as starch and glucose, was originally devised in the UK at the start of the last century to produce acetone for explosives used in the First World War. It was phased-out in the 1960s due to competition from the petrochemical industry.

Professor Tangney said: “Our aim is to reintroduce that process but in a modern context which allows us to use the leftovers from the whisky industry to create a fuel source that contributes to the low carbon future we all want.”

He added: “We are committed to developing a new industry in the UK that will be worth more than £100 million-a-year and it starts here.

“We have already attracted investment and partners in the private sector and this funding announced today will allow us to scale-up to industrial production.

“Our next step is to open a demonstration facility and we are targeting a location in or near Grangemouth which is an area that’s strategically right for us.”

Mr Jones said: “I am delighted to announce that Celtic Renewables is one of three winners of the DfT’s Advanced Biofuels Demonstration competition.

“This is a great example of the UK government’s commitment to innovative transport technology and supporting jobs and growth.

“Biofuels have an important role to play in keeping Britain moving forward in a sustainable and environmentally-friendly way.

“This £25 million is not only a vital investment in technology that will help secure a greener future but will also help support the creation of thousands of jobs.”

“Advanced biofuels have the potential to save at least 60% of the greenhouse gas emissions from the equivalent fossil fuel.

“The three successful bids show how the government is investing in transport and making better, clean journeys.”

The spin-out company from the Biofuel Research Centre (BfRC) at Edinburgh Napier University was presented with the award and a cheque for €10,000 at the European Parliament by Carlos Moedas, the EU Commissioner for Research, Science and Innovation.

It has spent the last 18 months developing its process as part of a £1million programme funded by the Department for Energy and Climate Change (DECC) under its Energy Entrepreneurs Fund.

Biofuel is produced from draff – the sugar-rich kernels of barley which are soaked in water to facilitate the fermentation process necessary for whisky production – and pot ale, the copper-containing yeasty liquid that is left over following distillation.

The other companies which won funding in the DfT competition are Teesside-based Nova Pangaea, which produces biofuel from forestry waste, and Swindon-based Advanced Plasma Products. 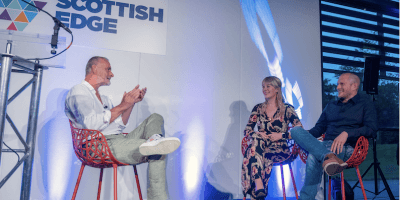 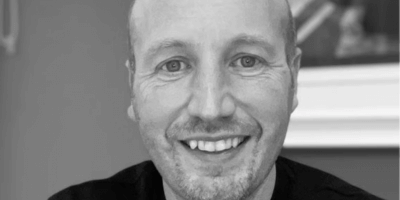