Unemployment, wage increases & interest rates – what do they mean for your business?  In a recent report, the Office for National Statistics revealed that the UK unemployment rate was 5.6%, having increased for the first time in two years.

Roughly 1.85 million people in the United Kingdom are without jobs with the average rate of pay increasing at its fastest rate in a five year period. This is following the announcement on 14 July by the Bank of England Governor, Mark Carney, stating that the point at which interest rates will rise from a record low is “moving closer”.

The unemployment rate had dropped to 5.5% in the three months to March, a seven-year low, taking the total unemployed to 1.82 million.

For businesses, this instability hinders productivity and growth. As David Kern, chief economist at the British Chambers of Commerce, confirms: “Businesses need a continued period of stability in order to deliver the growth and prosperity that we want to see”.

The economy is set to be uncertain in the next few months, as survey data predicts a further November pay rate hike.

Such economic uncertainty can have negative effects on the financial integrity of a business. Businesses need to take steps towards securing their financial security and viability through tight controls of financial predictions and calculations.

Startups are especially at risk with less capital and expertise, economic changes such as the ones predicted can have harmful effects on financial forecasts.

Recent research by Startup Britain revealed that 46% of government-backed start-up loans were given to those who were unemployed. Therefore, leaving Britain with a much larger amount of newly fledged and growing businesses.

LSA Systems, a partner and developer of Sage Software, has seen the benefits of what software such as Sage can have on newly formed businesses which lack the financial knowledge and security of more experienced companies.

By implementing adequate procedures and programmes, new businesses can ensure that during periods of possible economic instability, their business has the right financial support and monitoring.

As Mr Kern states, the current economic situation “is a reminder that our recovery is still fragile and that further measures are needed to nurture economic growth”.

It is through maintaining a tight hold on financial budgets and forecast that many UK businesses may see a positive growth during this period.

Mike Hickson is the Director of LSA Systems

This is a sponsored article via DBdirect. See how this service can help your company below 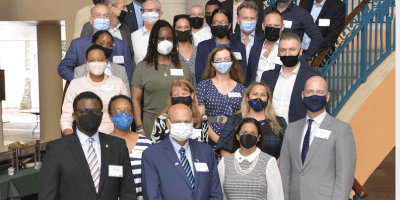