Investors are continuing to see Scotland as good value for money as capital pours into the commercial property market.

Across the UK it hit £36 billion in the first half – the second highest on record – and in the second quarter it totalled 16.8bn, a 33% increase on the same period last year. Scotland accounted for £298m.

In total 18 deals were completed in Scotland in the last three months with the average deal size sitting at £16.59m, according to the latest edition of Lambert Smith Hampton’s UK Investment Transactions report

The office and retail sectors were the most sought after asset class, accounting for 84% of the total volume invested north of the border.

Investment in the Glasgow office market, meanwhile, performed well with the city recording 18% of all deals outwith London,  second to Manchester.

Ewen White, director in capital markets at Lambert Smith Hampton in Glasgow, said:  “Yields across all sectors in Scotland are at least 100 basis points softer than prices being achieved in England’s regional cities, and ironically, we have the strongest occupational market fundamentals we have seen for a number of years.

“Consequently, Scotland continues to show excellent value for money which has been reflected in competitive closing dates when good quality stock comes to the market.”

Across the UK, the regions and nations of the UK remained the largest beneficiaries of investment, accounting for £21.2bn of total volume in the first half of the year – one of the strongest performances on record.

Overseas investors continued to be the largest net buyers of UK-wide commercial property between April and June, accounting for over 50% of purchases. North America was the main driver of this, underpinned by a handful of major portfolio deals.

The robust economic outlook has also encouraged continued yield compression – average transaction yields came in by 29 bps to stand at 5.69%, the lowest level since the end of 2007.

Mr Nahome said: “The UK commercial property market continues its bull run. Appetite is broadly based, with investors from across the globe acquiring a range of assets located throughout the country. We’ve long championed the merits of investing in the regions and it is pleasing to see that confidence now being reflected in the market.

“The dip in the number of deals reported during the second quarter of the year suggests that the uncertainty surrounding the outcome of General Election may have persuaded some investors to temporarily retreat to the sidelines.

“However, with the investment case for UK commercial property remaining robust, we expect a strong second half of the year, potentially even overtaking last year’s annual total of almost £62 billion.” 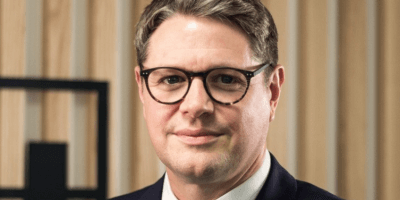