Plans have been unveiled for a hotel on a derelict site on Leith’s waterfront which the city council hopes will help revive have stalled development in the area.

The angular glass building, promoted by property company Dougray Smith, would occupy a site next to the VisitScotland headquarters and opposite the Scottish Government’s Victoria Quay headquarters.

Development in the area has been held up by a change to the route of the tram, the financial crash and a change of emphasis for the area from residential to industrial.

A fresh marketing drive has been launched amid growing activity in Edinburgh’s commercial property market and the continued demand for hotel space. 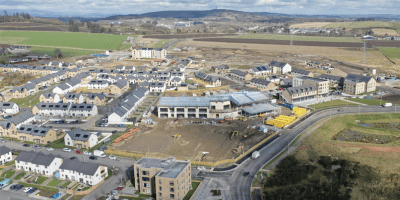 One of the largest developments sites in Scotland, earmarked for a community of 3,100 homesRead More