“We are seeing the reality of operating in the competitive market” Heading a company in the water industry ought to be quite straightforward. After all, it’s an organisation with a single product and we all need it.  Competition has changed all that, and Johanna Dow is busy trying to grab a larger share of a growing market.

As chief executive of Business Stream, the commercial arm of Scottish Water, she can count on non-domestic customers north of the border responsible for producing £370 million of revenue. Her attention, however, is turning increasingly to the £2.5 billion of income generated by companies in the south.

“Here in Scotland I am protecting our market share. It would be nice to go on the attack,” she says, her eyes widening at the prospect of getting a sizeable foothold in England when the market fully opens up in April 2017.

Business Stream, based at the Gyle, Edinburgh, does have a toe in the water, so to speak. It won a contract with the Suffolk turkey farmer Bernard Matthews and a couple of one-off projects with Marks & Spencer and the Co-op. It recently signed a deal with House of Fraser.

But even though the UK government allowed water companies to compete for business from among 27,000 of the biggest firms, the impact so far has been negligible, largely because margins are too tight. This is largely a result of the different operating models.

There is only one wholesaler north of the border – Scottish Water – while in England there are 21 integrated water companies and not all of them may want to become retailers. Also, the English customer pays in arrears, while in Scotland they pay in advance. It makes a difference to working capital requirements.

Dow says this is one of a number of issues, along with different standards and terms of service among the operators, now under consideration by the latest industry body. On the journey to opening up competition, industry leaders have met under various umbrella groups to establish the appropriate framework. The High Level group gave way to Open Water Markets Ltd (OWML) which will wind up next month and be replaced by the Market Operator Services Ltd (MOSL).

Dow breaks into an embarrassed giggle as she spells out each acronym for what seems to be a burdensome committee-led industry. They do, however, serve an important role in ensuring level playing fields, proper governance, and so on.

“They are also important in ensuring our voice, and the customer’s voice, is heard,” she says. “We are looking for clarity on a number of issues and hopefully by the time competition fully comes in all the issues will have been resolved.”

She was one of the founding team behind Business Stream and after succeeding Mark Powles in an interim role last October she was appointed chief executive in February, making her one of Scotland’s most high profile female business leaders.

Preparing for battle in England, which usually requires one day a week in London, has been a long process and is still 18 months away. In the meantime, there are skirmishes in Scotland that have to be tackled.

The market opened up in Scotland in 2008 but failed to produce any meaningful rivalry until recently. Water companies in England including Severn Trent, Thames Water and United Utilities have chipped away at Business Stream’s initial monopoly, reducing it to about 80% of the Scottish market. The figure is not widely publicised but is acknowledged by the company and others as a measure of its current share.

As she prepares her strategy for growth across the kingdom, Dow recognises the need to ensure that her forthcoming assault on the English market does not distract her from what needs to be done on home turf.

“It would be naive of me to think things are going to be easy. We are seeing the reality of operating in the competitive market,” she says. “Obviously we will be working hard to hold on to our core customers.”

Price is clearly a big factor in switching and she says that prices are already lower in Scotland than before the market was opened up, a fact also used to justify the process.

“We know that 70% of our customers are paying less and we can demonstrate that they are using less water,” she says.

Other achievements: Won the Business Services award at the First Women Awards 2010

For the company, yes. As an individual? Not hugely. Becoming chief executive in an organisation I helped to create is satisfying.

What is your style of management?

I am passionate about the business. For me, it is about giving people the freedom to make decisions while making sure we are not moving off target. The one thing I stand by is being true to yourself. I think I am authentic.

What is the best training you have received?

I like to learn from people, including those who have bad traits. You learn how not to do something.

What do you see as your biggest challenge?

Industries I have worked in are still male dominated and I have been made well aware of that.

Nothing much. I am fairly even tempered.

What has the potential to keep you awake at night?

Knowing I am responsible for 350 people and their livelihoods.

My twin seven-year-olds keep me busy. I like to keep fit. Enjoyed swimming and athletics when I was younger. 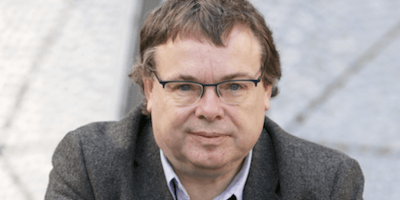 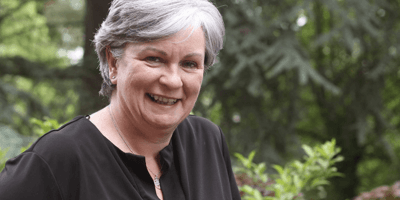