It is the first private bank to be set up in the UK for 30 years and has been five years in the making. Mr Entwistle (pictured, near right), has recruited a team of more than 50 bankers and support staff, headed by chief executive Graeme Hartop (pictured far left), formerly CEO of Scottish Widows Bank. The top team includes Chris Cowan, who worked at Barclays and with Adam & Co for 18 years. He is head of banking in Edinburgh. The head of the London office is Jeremy Vaughan, while finance director is Andrew Mulligan (pictured centre), and head of operations is Stuart Alexander.

Hampden, based in Charlotte Square, Edinburgh, the former home of Adam & Co, will deliver a traditional private banking service built on long-term client relationships and personal service from offices initially in Edinburgh and London. Almost £50 million has been raised for the launch, which it says demonstrates the confidence investors have in the business.

Mr Entwistle said: “There is strong demand for a new private bank which delivers the right quality of service with long-term continuity of personnel and speed of decision making.

“More than 250 shareholders have come to the same conclusion and they have been prepared to back our experienced team with the capital required to launch our new bank.”

Mr Hartop added: “The timing for launch is ideal as we continue to experience an improved economic environment, strong client demand and a favourable competitive landscape as a large number of the existing banks continue to deal with significant legacy issues.” 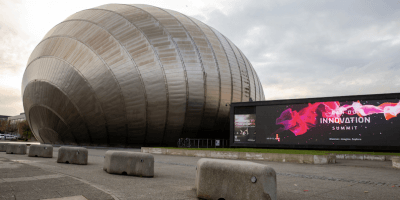