Law firm Harper Macleod in the swim with new deal It will add to the firm’s growing reputation in sports law practice. Harper Macleod was the legal adviser to the Glasgow 2014 Commonwealth Games.

Scotland’s achievements in the pool were among the highlights of the event – the team winning 10 medals including gold for Hannah Miley, Ross Murdoch and Dan Wallace.

The firm’s existing sports clients include the SPFL, Scottish Rugby  and a wide range of Scottish sports governing bodies. It will provide a wide range of legal services, in such areas such as governance, child protection and contracts.

Martin Darroch, chief executive of Harper Macleod, said: “We are delighted to have been appointed to this role, which will give us the opportunity to support Scottish Swimming as it builds on it’s successes in recent years and the legacy of the Glasgow 2014 Commonwealth Games.”

Forbes Dunlop, chief executive of Scottish Swimming, said: “Harper Macleod’s expertise in the sporting arena made them an obvious choice for us to work with. We’ve just released our new corporate plan highlighting our ambitions for the next six years so to have them on board from the outset provides a firm foundation on which we can deliver against our objectives.” 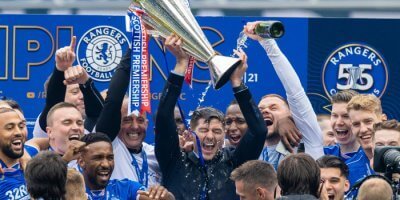