Aldi gets a taste for fledgling Borders brew Fledgling Borders brewery Tempest has landed a six month listing with Aldi after its Long White Cloud was the fastest seller at the Aldi Scottish Beer Festival.

Tempest director Annika Meiklejohn, said: “We were really happy with the demand for Long White Cloud during Aldi’s most recent Scottish beer festival.

“As this was the first time we have taken part, we were delighted with the positive reaction from customers. Aldi are a joy to work with and we are really excited to see our product on their shelves.”

Fifty large and small breweries took part in the sixth in-store Beer Festival which has generated more than £750,000 combined for the micro brewing industry in Scotland over the past three years.

Richard Holloway, managing director for Aldi in Scotland, said: “This listing demonstrates our commitment to the craft beer industry in Scotland and we hope that we can continue to build strong relationships with more breweries across the country in years to come.” 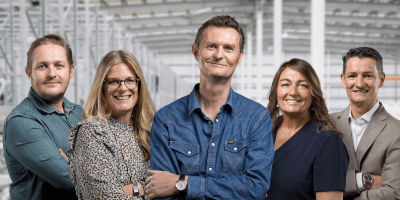