Tories out? Well, what have they ever done for us?

(updated) There are more people in work than ever before. But we hate the Tories because of their record on jobs.

There are more women in work than ever before. But we hate the Tories because they don’t really believe women have got what it takes to make successful leaders.

Whisky and oil, two of Britain’s biggest industries, have been handed the tax cuts they demanded in the Budget. But, of course the Tories never give us anything.

Dammit! Why do we hate the Tories? Is it because they keep getting it right?

They are most certainly the villains of the piece in a political pantomime in which fantasy really has come to dominate the facts.

Let’s face it, the Tories don’t understand working people because they’re all toffs. And we certainly HATE toffs.

They want to dismantle the National Health Service because wealthy investors in private places will exploit it and make lots of unseemly profit.

And as we all know, the Tories despise anyone who lives north of Buckinghamshire. They want to give lots of money to their rich friends in the City while everyone else – especially those in the north of Britain – lives in penury.

Is this really the level of political debate in the UK? Sadly, yes. And it’s even worse in Scotland.

Those who read some of the left wing (a.k.a nationalist) press will be familiar with this stereotypical politics. Not that they would admit to it.

As a son of a solidly Labour family, it is not in my genes, nor my voting habits, to think Conservative. But the one-eyed view that passes for political analysis is deeply worrying.

The referendum campaign apparently made us more politically aware. Okay, a big tick for that. What it has also done, is awaken every nut-job in Scotland who wants to mouth off about his or her prejudices and present them as legitimate argument.

The level of political debate has not improved, it has become a cauldron of hatred, mockery, abuse and ludicrous assertions built on ill-informed “facts” that are nothing of the sort. This abuse has extended to insulting journalists trying to do their job and online campaigns aimed at undermining those who challenge orthodox opinion.

Each party promises to spend more than the others on the National Health Service, the most sacred of political cows. None says how it will be done, nor offers a workable strategy that involves anything other than more taxpayers’ money being thrown at it.

The exchange of insults does no one any favours and the prevailing ‘hate the Tories’ mantra has replaced legitimate argument with aggressive lines of abuse designed to belittle and condemn.

Take, for instance, the attack on Chancellor George Osborne’s Budget over the Despatch Box by Labour leader Ed Miliband. It was vitriolic and personal, and aimed at leaving the listener in no doubt that Mr Osborne’s statement was a detestable deceit. Yet, the following morning his shadow chancellor Ed Balls admitted there was nothing  in the Budget that he would reverse.

In Scotland, it is now becoming an unwritten rule that everyone must hate the Tories. The referendum campaign was a means for many to get rid of the ‘nasty party’ even though it was supposed to be about building a new constitution, not electing any one party.

The Tories’ principal fault is their failure to live up to their own mantra that “we are all in this together” while loading the burden of the austerity measures on those lower down the ladder, confirming to their critics that the party is only interested in those who are already better off.

Credit where it’s due? Of course not. They could find a cure for all known diseases and still we would hate the Tories.

Linkedin
Conservatism in Scotland, Scottish politics Uncategorized 2 Comments » Print this News
The Scottish economy slowed in first quarter of 2015 but is expected to return to moderate growth in spring, according to latest Bank of Scotland figures Previous News
Next News Davies: ‘light touch’ FSA was not to blame for banking crisis 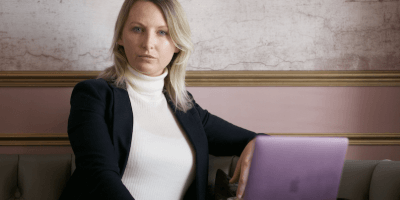 2 Comments to Tories out? Well, what have they ever done for us?