Silence is golden in the Loch Lomond hills In one of the most beautiful landscapes in Scotland, a mecca for tourists and a resting place for those who enjoy the quiet life, something is stirring below ground.

Geologists and engineers have been burrowing into the land in search of riches. Deep in the rocks around Loch Lomond there is gold and it’s worth £15 million a year to the company keen to extract it.

Scotgold Resources, an Australian listed company, has taken up residence on the bonny banks and is expected to begin building its Cononish mining complex at Tyndrum at the end of the year.

The company, which came perilously close to pulling out in 2013 after hitting financial difficulties, has employed new 3D technology to gain a better assessment of the mine’s potential.

It has shown that there is three times more gold than first thought and this has helped remove doubts by the banks who are now expected to join equity investors in backing Scotgold’s plans with £20 million of new funds. The firm has been sensitive to its development, which is not only situated in an area of natural beauty, it also happens to be in the heart of the Loch Lomond & Trossachs National Park.

“The locals have generally been supportive,” says Richard Gray, chief executive (pictured), “they need jobs here like anywhere else.” The Cononish mine has created 60 jobs.

Gray insists the mine will not be visually intrusive; indeed it will be no more a blot on the landscape than a farm, and much of what goes on will be underground. As a result, the company has secured permission to increase daily operations from 16 hours to 24 hours a day, six days a week. This will reduce costs.

There is also a new board. Sandy Littlejohn was forced to resign following a brief stint as chairman after being unable to underwrite £300,000 of last year’s £2.5 million rights issue. Philip Jackson has stepped in temporarily, and is currently one of two Australian directors required by the Australian listing authorities. The company hopes to find a permanent chairman in Scotland “soon” and is likely to turn to those within its network. It is not known if Mr Jackson is on the short list. It can also be revealed that Willie McLucas, the former boss of Waverley Mining, is an investor.

Scotgold used the proceeds of the share issue to pay off a £1.2m loan and also expects to place new shares to fill the £300,000 shortfall. Because of a rise in the share price, it may raise more money than first planned.

Chris Sangster, the founder and previous chief executive, stood down last year but has stayed on to look after the technical side of the project. Gray, who replaced him last October, is a veteran of the African mines and is raring to go. He believes Scottish gold will be a sought after commodity with an appeal worldwide to those who consider its uniqueness will give it a special value.

Compared to the African mines – which can yield between 100,000 and 1 million ounces, Cononish is small, producing some 20,000 ounces a year. But Mr Gray believes it will be worth its weight in…well, gold.  Although the strength of the dollar has seen the price dip to around $1,170 an ounce, gold is an investment class that is in demand.

“We would market Cononish gold for its Scottish provenance,” he says. “If we can develop the Scottish gold brand with its own hallmark it will command a premium that people will be prepared to pay.” Gray believes there is also an ethical value to Scottish gold because it is not associated with impoverished workers and poor working conditions. For that reason alone it will attract a certain clientele, but its special quality is likely to gain the attention of those who see something appealing in owning a piece of Scottish precious metal.

“The Royal family buys its gold jewellery from the Welsh mines. I would think they have to buy it from Scotland, too.”

The marketing men are already on the case, looking ahead to special events that may provide an opportunity. Production is expected to begin in 2017 which will be the 65th anniversary of the Queen’s accession to the throne.

Talks are under way with the Edinburgh Assay Office to create a special Scottish hallmark. “They are receptive to the idea,” says Mr Gray.

He lives in Hampshire though he has accommodation near the mine. “I have built mines before,” he says, “but always for an operator. What attracted me to do this was the opportunity to put my experience into practice for myself.” 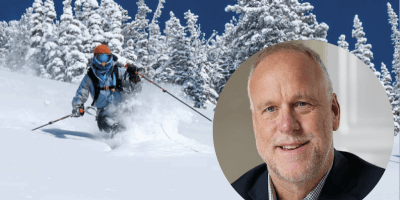