The two Edinburgh-based businesses, which launched towards the end of 2014, will work together on a number of joint ventures, including events such as conferences and workshops. They will use various cross-marketing and promotional tools and services.

Daily Business founder, editor and director Terry Murden, said: “Online news presents an entirely different dynamic and set of demands to print journalism. I am delighted that in just three months since its launch Daily Business is building a firm foothold as a go-to site for news around the world from a Scottish perspective.

“This partnership with Scotland-based Lending Crowd provides Daily Business with huge possibilities as the site progresses.”

The past two days have recorded the third and second highest viewing figures respectively this year and are now higher than some days for online business readers of The Scotsman.

Stuart Lunn, chief executive of Lending Crowd, said: “We are delighted to partner with Daily Business in what we believe we will be an exciting joint venture. As we continue to grow as a leading UK crowd lending provider so too will Terry’s innovative and highly informative news website. There remains a healthy appetite for digital news and there is an equally growing demand for investors to make their money work harder. And for UK small businesses to have an accessible form of finance other than through banks.” 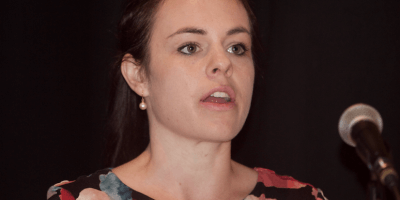