Scottish technology firm M Squared Lasers will embark on its ambitious plans to grow the business by 40% this year after securing financial support from Barclays and the Business Growth Fund.

Founded in 2006 at the West of Scotland Science Park in Glasgow, M Squared will be focusing much of its expansion on export markets. It already has offices in the US including San Jose, in Silicon Valley and sees North America as a key growth area.

The company explores, develops, and manufactures next-generation lasers and photonic instruments. Its products have a wide range of potential applications including oil & gas exploration, cancer detection, through to the discovery of explosives through spectral scans.

A large growth area for the company is the application of quantum technology which is being harnessed to create a new generation of electronics, including sensor instrumentation, communications systems and powerful computer processing systems.

The company has received more than £2.5 million from Barclays Technology Media and Telecoms team and a further £750,000 from BGF following an earlier investment of £3.85m in 2012.

Co-founder Dr Graeme Malcolm said: “We’ve been expanding our export business for some time and have been making great headway in world markets. This latest investment will provide important support as we continue to pursue our ambitious growth objectives.

“Our US business has been growing strongly, with revenues doubling in 2014 as a result of rising demand for laser systems in areas such as quantum technologies.”

Ally Scott, managing director, Barclays corporate banking Scotland, said: “M Squared is an impressive business and a prime example of the world leading technology companies that are flourishing from a Scottish base.

“Its ambitious plans for growth are backed by a robust strategy, strong management team and a commitment to invest in R&D – all the elements we look for as funders.”

Simon Munro, BGF Regional Director Scotland who sits on M Squared Lasers board, said:  “The M Squared Lasers team has been fiercely ambitious to grow its global presence which was a major attraction to BGF at the time of our initial investment in April 2012.

“”he business has truly innovative products, skills and knowledge and the continued US expansion could provide a major step change to the business.”

M Squared currently employs more than 50 staff and has a turnover of £10m . The company achieved year-on-year revenue growth of 40% in 2014 and expects to see similar annual growth this year. 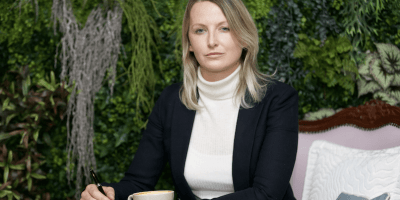