Property agent and law firm Aberdein Considine is opening a legal headquarters in Glasgow after hiring one of the country’s top commercial property lawyers.

The firm has appointed Legal 500 listed Paul Jennings who will help establish the office in the city.

He was managing partner of Edinburgh and Glasgow commercial property experts Bell & Scott before the business merged with Anderson Strathern in 2011.

“Aberdein Considine is one of the fastest growing law firms in Scotland right now and I am hugely excited about what the future holds,” he said.

The partnership has also expanded in Aberdeen with the addition of a flagship property branch on one side of Union Street and a Pension Advice Centre on the other.

Aberdein Considine, which launched in 1981, will have 19 offices, with Glasgow adding to the recently opened branch in Stirling following the acquisition of Muirhead Buchanan.

Managing Partner Jacqueline Law said investment underlined the firm’s desire to become one of the biggest in the country. “With the changes to pension regulations coming in April, we also felt it was important to make advice easily available on the high street,” she said.

To support the expansion, the firm has promoted eight lawyers and appointed John Perry from Baker Tilly as its first chief financial officer. Chris Comfort, Mairi Kennedy, Douglas Telfer and Sean MacMillan have been promoted to associates, while Samantha Morrice, Kirsty Allan, Vicki Alexander and Nicola Jane Scott have been made senior solicitors.

“The legal sector contributes more than £1billion to the Scottish economy every year and as the industry continues to evolve with alternative business models, Scotland is ideally placed to support future growth,” she ssaid.

Aberdein Considine has a turnover of £20million and more than 350 staff.

Linkedin
News, Appointments, Scotland No Comments » Print this News
Rumours of a bid by TSB for challenger bank Aldermore have been dismissed, according to Reuters sources Previous News
Next News Ewing says Scottish government may build coal-fired power station 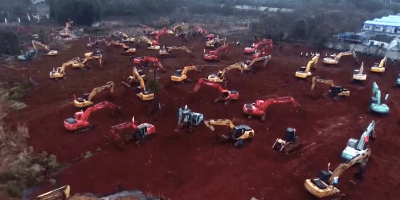 Economy to take hit as China confirms 41 deaths from virus