Annuity sales slump by third ahead of reforms

Sales of annuities have slumped by a third as retirees await reforms in the pension rules in April and feel discouraged by falling rates and incomes.

Demand was 26.7% lower in the last quarter of 2014 than the previous three months, as consumers delayed decision making until April. December saw demand fall to its lowest level in at least two years.

Retirees have also noted that the money they will get has been falling. The average rate for a standard single life annuity fell to 5.17% in December – the lowest since June 2013.

With rates and pot sizes falling at the end of the year, the average annuity income secured in December fell to £3,019, down by 3.7% year on year.

The quarterly At Retirement Report by IRESS, a supplier of wealth management, financial markets and mortgage systems, also shows that demand for equity release products grew strongly in 2014. In the full year, sales of equity release products via an adviser were 8.1% higher than in 2013, with demand in the final quarter of the year up 12.9% annually.

Commenting on the slump in annuity sales, Dave Miller, executive general manager, sourcing at IRESS, said: “It’s clear that many consumers are adopting a ‘wait-and-see’ approach, and delaying making decisions around their retirement income, opting to drawdown, or are waiting to cash out more of their savings.

“Providers, too, are waiting with bated breath for April, which we envisage will be a catalyst for innovative new, flexible product suites. In turn, as competition heats up – among annuity providers as well as those with investment products – this could support annuity rates.

“While annuity demand naturally suffered in 2014, following the Government’s announcement and historically low rates, it is still an important component of retirement planning. As retirees look for varied and flexible options to match their needs, guaranteed income, in some form or another, will be a crucial financial guard against increasing longevity.”

Linkedin
annuity sales Money, Savings, Pensions & Investments No Comments » Print this News
Energy Jobs Taskforce established by the First Minister to support jobs in the sector will meet for the first time in Aberdeen today Previous News
Next News Facebook says today’s hour-long shutdown was a result of a technical error and not a cyber attack

Don’t wait for interest rates to rise any time soon 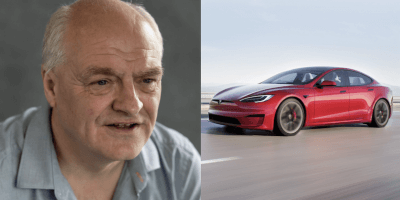