Chancellor George Osborne today unveiled a package of tax cuts that will be seen as a direct challenge to the Scottish government.

He announced a cut in air passenger duty and an overhaul of stamp duty to help homebuyers just days after the Smith Commission recommended devolving APD to Scotland and weeks after Scottish finance secretary John Swinney introduced his own replacement for stamp duty.

Mr Osborne said APD would be abolished for under 12s from next May and for under16s the following year. An early move on APD was predicted by Daily Business in the wake of the proposal to give Scotland the power to change it.

Responding to the Chancellor in the Commons, Ed Balls, the shadow chancellor, called for measures to ensure English airports did not lose out to Scottish airports.

Danny Alexander, chief secretary to the Treasury, said talks were under way with the airlines about refunding those who had already paid APD for the period affected.

The Chancellor surprised the House by announcing a series of new bands on stamp duty and said the changes would cut payments for 98% of homebuyers. This will put pressure on Mr Swinney to show his new land and building transaction tax is a fairer system.

Other measures announced in the Autumn Statement included a freeze in duel duty and a rise in income tax thresholds. The personal allowance rises from £10,000 to £10,600.

The UK will borrow £91.3 billion this year, higher than he forecast in the Budget, but he said the books would be balanced by 2018 when the country would be £4bn in surplus.

Oil taxes will be reduced and details will be delivered by Mr Alexander in Aberdeen tomorrow. Osborne said the supplementary tax charge on oil firms’ profits would be cut immediately, from 32% to 30%. There will also be a “cluster area allowance” to help those companies that wish to invest in groups of oil fields. While there had been record investment in the North Sea this year Mr Osborne warned that lower oil prices are challenging to the industry.

The Chancellor’s package of support for the oil industry follows calls by Aberdeen and Grampian Chamber of Commerce for action to help companies faced with a sharp fall in the price of a barrel.

Oil & Gas UK described the Chancellor’s action as “an important first step towards improving the fiscal competitiveness of the UK North Sea. “

This is the first cut in tax rates for the UK North Sea in 21 years. The industry currently pays tax on oil and gas production at special rates of between 62 and 81 per cent. The move will reduce these to 60 and 80 per cent respectively.

Alan McCrae, head of energy tax at PwC, said: “The UK Government has been listening carefully to the concerns of the oil and gas industry and gaining a clearer understanding of the many issues it faces as it seeks to maximise opportunities in a  maturing and challenging environment.

“While these measures are welcome, there is another storm brewing that could prove fatal for some of the older and marginal fields in the UK.

“Last month, oil prices dropped to their lowest level since August 2010.  Neither Government process nor the tax regime as it stands now is designed to deal with the pressures of a turbulent and low oil price.  Nobody knows how far the oil price will fall and how long prices will remain low.

“In the past, the oil fields in the UK had a long enough remaining life to be able to ride out short term drops in oil price.  Government has therefore had, historically, the luxury of continuing with a regime designed for a high oil price in the expectation that higher prices would rescue the oil fields in the longer term.  However, many of the fields are now in later life with marginal economics and very vulnerable to a drop in oil prices such that for them there might not be a longer term.”

“If this situation continues over a sustained period, the situation could deteriorate fast and changes to the tax system might be needed more quickly that our normal legislative process allows.  We suggest that the Government should be given future powers within specified parameters to make any necessary changes to the oil and gas tax regime in order to protect and preserve marginal operations across the UK continental shelf. ”

Mr Osborne said changes to the tax arrangements for the banks means they will pay £4bn more over five years by not being able to offset so much of the their losses.

He confirmed that the government will grant powers over corporation tax for Northern Ireland if discussions ongoing reach a workable solution.

There will be a sovereign wealth fund for the north of England funded out of shale taxes to help boost the “northern powerhouse”. A further £45m will be provided to help firms export.

He said revisions by the independent Office for Budget Responsibility meant Britain had not fallen into recession nor suffered a double dip during this parliament.

Despite a bullish statement, Mr Osborne delivered a cautious outlook for the world economy.

“The warning lights are flashing over the global economy,” he said. “Japan is in recession, the eurozone is stagnating and geopolitical risks are rising.”

Simon Walker, director general of the Institute of Directors, said: “This was a disciplined, long-term and forward looking statement with welcome reforms for businesses, employers, savers and home-buyers. The Chancellor was right to resist the temptation of politicised giveaways, and focus instead on long-term investment in infrastructure, science and efforts to boost the UK’s productivity. Deficit reduction remains of primary importance and this statement did not shy away from that reality.

“The statement demonstrated what can be achieved with limited room for manoeuvre by focussing on considered tax reforms.”

Andy Willox, the Federation of Small Businesses’ Scottish policy convenor, said: “It was good to hear the chancellor recognise that small businesses are crucial to the recovery.  By abolishing employer national insurance contributions for apprentices, he’s making it easier for small firms to do the right thing and help develop a skilled workforce.

“We also welcome the focus on bread and butter business issues like fuel and finance.  Equally, by continuing to simplify the tax system, we hope to see business owners spending more time growing their enterprise rather than getting tied up in red tape.” 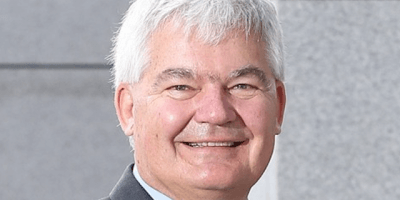 Law At Work expands via trio of acquisitions