Chancellor to stick to austerity budget

George Osborne will today set out a three-year plan to eradicate the public deficit and pave the way for income tax cuts.

Despite the growth in the economy, analysts believe the deficit is not falling quickly enough and that receipts are not rising sufficiently, largely as a result of low pay and falling income elsewhere. He may have to borrow £90 billion this year.

The Chancellor is expected to announce tax cuts to help the oil and gas sector cope with a sharp fall in the oil price which has made some exploration less viable and drastically cut the tax received.

As revealed by Daily Business last Friday he is also tipped to give Northern Ireland the power to cut corporation tax to enable it to compete more effectively with the Republic which has a 12.5% rate. The province shares the UK rate of 21% and is believed to have won the support of the Prime Minister David Cameron to cut its own levy on businesses.

Shortly after taking over as chancellor of the exchequer in 2010, Osborne promised to largely eradicate a massive budget deficit by 2015. Instead, as his political rivals remind voters, he is only about half way through the fix.

After the setback of Europe’s debt crisis and the pinch of slower government spending in recent years, the failure of pay to pick up along with test of the economy since mid-2013 has deprived the government of much-needed tax revenues this year.

“He can’t pin the blame on the economy doing badly,” said Andrew Goodwin, senior economist at Oxford Economics, a consultancy. “This time around we have a strong economy but we’re not really getting the public finances back on track.”

Independent budget forecasters believe that projections they made for the budget shortfall as recently as March now look too optimistic.

Even so, Osborne is expected to pledge to wipe out the underlying budget deficit in three years, part of a plan to eventually offer generous income tax cuts. He may challenge Labour to commit to the three-year target in the hope of drawing a contrast with its plans for public finances.

Labour has said it wants to eradicate a measure of the budget deficit which excludes capital spending during the next parliament, creating room to borrow to fund investment.

The Treasury said yesterday that the Funding for Lending Scheme, a government-backed programme to encourage banks to lend to companies, would be extended for a year until January 2016 but would be scaled back to only small and medium-sized firms. 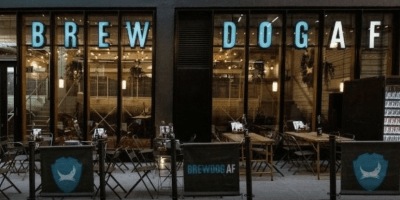