Learning from peers to solve a problem Have you ever had a problem that is holding you back and impacting on your own and your company’s performance?

You are in good company. Most employers and employees face difficulties at some time, often personal issues that run over into their working lives, and can benefit from some support.

Vistage, a peer-to-peer networking group, has operated in America for several decades and is now emerging in Scotland to help resolve some of these issues.

Eleanor Cannon (pictured), one of five chairs in Vistage Scotland, hosted an event in Edinburgh last week that attracted an audience of chief executives, senior and owner managers. She is keen to encourage them to think about the benefits of sharing their experiences to help those in difficulty.

“Even those at the top have issues – it can be lonely at the top and some find there are not that many people they can turn to, particularly if you are running a small company,” says Ms Cannon, a former human resources director at Scottish & Newcastle.

Her new role is executive coaching and this is a part of it – bringing Vistage members together to exchange ideas that could be simply business problems, but are often personal ones that are affecting their work.

“It is peeer-to-peer learning and it works,” she said. “If you have a problem and you do not deal with it then it festers and gets worse. It can affect the health of the organisation.” 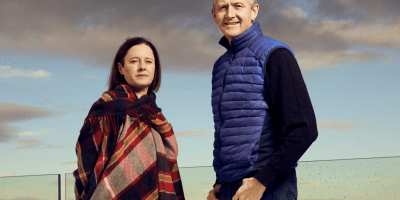