Banking executive Gordon Merrylees, who has been a driving force behind Scotland’s start-up community, is to take over a UK-wide role for RBS to help develop the next generation of entrepreneurs.

Currently the regional managing director for business banking in Scotland, he has been promoted to a new role as Head of Entrepreneurship across RBS and NatWest.

Merrylees, who has been closely involvd with the Entrepreneurial Spark initiative run by Jim Duffy, will join RBS’s commercial and private banking division and work with policy makers, opinion formers, media and government officials to support young businesses.

His appointment, revealed by Daily Business on Thursday, was confirmed at an event for 600 guests at the Glasgow Hilton to mark the merger of the Entrepreneurial Exchange and the Saltire Foundation to form Entrepreneurial Scotland.

The new post for Merrylees is part of an initiative by the bank to support start-ups with growth potential. It will also be seen as a move to counter criticism of the bank over its dealings with small firms. Group chief executive Ross McEwan is determined to put the customer – including the business customer – back at the heart of what the bank does and to rid it of bad practices.

Over the next two years RBS will establish eight business accelerator hubs across the UK. They will provide workspace, hands-on mentoring and a start-up boot camp. There includes a range of advice, support and funding clinics. The first will be launched in Birmingham in February.

RBS has been a supporter of the Entrepreneurial Spark, or E-Spark, incubator project since its inception three years ago and there are now three in Scotland – Ayrshire, Edinburgh and Glasgow – backed by entrepreneurs Sir Tom Hunter, Sir Willie Haughey and Ann Gloag. Napier University is also involved. RBS has backed the intiative with £375,000 over three years. 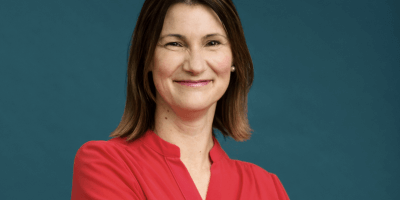