‘We have a mission. It is massively powerful’ Phil Verster is hard to miss in a crowd. He’s a big chap, and he’s head and shoulders above those gathering on Waverley’s platform 2 where he is also on the lookout for his guest of honour.

Derek Mackay, the transport minister, is joining the head of ScotRail and Karen Boswell, managing director of Hitachi Europe, for a glimpse of Scotland’s railway future.

It’s actually a mock-up of a section of carriage which has been fitted out to show how the new fleet of trains due next year will look.

“Pretty impressive, don’t you think?” says Verster, offering his first thoughts after the official unveiling by the minister who was keen to stress that the new 100 mph trains, which will ply the Glasgow-Edinburgh route, are faster, larger and greener and form part of the government’s £5 billion investment in the rail network.

Verster is not short of a few figures himself and runs off a list of numbers that would put a train spotter to shame.

“The journey time will fall from 52 minutes to 42 because electric trains can accelerate more quickly,” he says “and we will reduce the carbon footprint by 21%. Rail travel is massively popular. We are seeing growth of around 4% a year.”

It’s that growth and the pressure it is putting on the ageing fleet that has encouraged the spending of £475m on refurbishing the rolling stock. The new carriage has been on display for the public to inspect, though apart from feeling roomier, it doesn’t look that much different to the existing ones. One disgruntled traveller says on Twitter: “You can tell it’s a mock-up. No bikes, no prams, no dogs, no overcrowding, no arsey conductor with a bad attitude.”

Clearly, the most important statistics for passengers are whether the train is running, whether there are enough seats, and whether it arrives on time. Comfort and convenience could be a useful slogan if the trains live up to their billing.

Verster has heard it all. “Ah, punctuality,” says the big South African, his Africaans accent still distinctive despite his many years working in the northern hemisphere, including a spell with the Irish rail network.

“We are half a percent better than a year ago and continue to improve year on year. As we introduce a new fleet we have an opportunity to adjust the timetable.”

Verster also speaks Dutch, which must come in handy now that ScotRail is run by Abellio, part of the Netherlands state railways. It’s a year since it took over the franchise from FirstGroup with the usual list of promises to improve performance. At least the new trains –  to be built by Hitachi in Japan and Newton Aycliffe in Durham – are proof that even if performance fails to live up to expectations there should at least be a seat for every passenger, a working wi-fi and a speedier journey. Well, that’s the plan.

An intriguing aspect of the new regime is the partnership between ScotRail and Network Rail. In a surprise move, Steve Montgomery, whose position in charge of ScotRail had been confirmed only weeks earlier was suddenly on the next train out and Verster stepped on board. Not only was he in charge of ScotRail, he was installed as managing director of an alliance with Network Rail.

It was modelled on a similar, but more limited, arrangement between South West Trains and Network Rail on the Wessex Route out of London Waterloo. The Scottish version is a more integrated operation.

“It is the only one like this in the UK,” says Verster. “In Scotland we have decided to work together on everything together. We have one mission. It is massively powerful for us.”

He says an example of the benefits was the redevelopment of the Winchburgh tunnel near Linlithgow. “It was a totally integrated exercise. The tunnel was closed for only 42 days and we had only 39 complaints, although most of those were from people asking for information.”

So isn’t this close collaboration something that was tried once before? Wasn’t it called British Rail?

Verster smiles, a big grin. “That’s not for me comment on,” he says, his response suggesting it’s not the first time he has heard the quip.

Will it be replicated around Britain?

“I do know there has been a lot of interest from around the country,” he says. Photo: Phil Verster on board the mock-up carriage (by Terry Murden)

Linkedin
Abellio, Phil Verster, ScotRail Interviews No Comments » Print this News
Cameron sets EU poll date as Cabinet splits Previous News
Next News The Forth Road Bridge will reopen to all traffic from 11pm on Saturday

Interview: Atholl Duncan, on coaching and the BBC 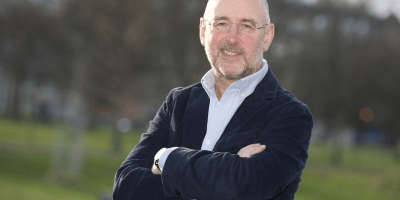