Review will exclude half its revenue Business rates will not form part of the discussions over the proposed replacement for the council tax in Scotland, Daily Business has learned.

The Commission on Local Tax Reform, whose members were announced by the Government on Friday, does not have a remit to consider non-domestic rates. Business groups are expected to express concern at the disclosure, having already made clear their wish for business rates to be considered as part of the discussions.

Daily Business disclosed at the weekend that a number of organisations were worried that their interests would be overlooked in the Scottish government’s plans to replace Council Tax. Business rates raise over £2 billion a year for Scottish councils – roughly the same amount as council tax.

Colin Borland, head of external affairs at the Federation of Small Businesses Scotland, said the remit was “ambiguous”. Because business raises a substantial amount in rates for Scottish councils he said the FSB would be seeking answers to avoid firms being treated as “an after thought” in the reform process.

Yesterday, he said he had received confirmation that business rates would not be included. He told Daily Business via Twitter:  “Have since been advised it (the Commission) won’t even look at NDR (non-domestic rates). So a major review of LG (local government) finance excludes half its tax base.”

Retailers have also expressed concern that the replacement tax will push the burden of tax on to employers or weaken take home pay that reduces the disposable income of employees.

Responding to the revelations, Eric Forgie, chairman of GVA James Barr said: “The basis of council tax is entirely different to that for non-domestic rates, so I am not unduly concerned that this newly-formed commission is focussing on changes solely to the Council Tax model.

“Slightly more alarming is the lack of a formal timetable for output from the Scottish Government following the non-domestic rates consultations in 2014.  Scotland’s Regional Assessors are tasked with preparing their revaluations of all non-domestic properties for implementation in April 2017 reflecting prevailing rent/cost evidence analysed two years earlier in April 2015, commonly known as the tone date.

“One of the problems with the 2010 Revaluation was the tone date of April 2008, when commercial rents were right on the cusp of market collapse from pre-recession highs. As a consequence, in 2010, many ratepayers found themselves burdened with high rates assessments in a market where sales and profits had suffered badly in the recession.

“If there are to be any significant changes to business rates announced, then business ratepayers deserve more clarity around what these changes might be and how they will affect their rates budget for the years ahead.”

GVA James Barr has submitted detailed representations to the Scottish Government as part of the consultation process on the future modernisation of the Business Rates valuation model. This is running in parallel with a similar review being undertaken by the UK Government dealing with the system in England Wales and Northern Ireland.  A further consultation on the business rates appeals mechanism is currently underway and submissions are due to Scottish Government by 6 March. 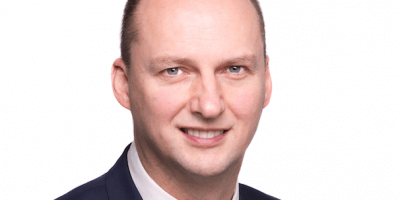