ere thrown into further chaos today after shareholders rejected a bid to raise funds through an issue of shares to outside investors only.

Shareholders, mainly comprising supporters of the crisis club, heckled and booed the board who attempted to speak from a make-shift tent erected on the pitch.

They were told a new share issue was required to enable the club to raise up to £8 million to guarantee its future. But while a vote to issue new shares was approved, a move to prevent existing shareholders having first refusal was rejected. This has been seen as an attempt by the current board to tighten their grip on the club.

Supporters attending the meeting demanded more detail on the Championship club’s finances and how deep the cost-cutting is likely to be to rebuild its threadbare balance sheet.

The cost-cutting was said to have contributed to the departure of McCoist who was put on gardening leave just two days after stating he would see out his 12-month notice period.

The Ibrox club’s financial position has been eased by two loans from retail tycoon and 8.9% shareholder Mike Ashley who tightened his grip on the board after his close ally Derek Llambias was appointed chief executive last week.

Ashley, who is facing a Scottish Football Association inquiry into his control of Rangers, did not attend the meeting and Llambias was asked about his plans for the club. Llambias told them he “wanted the club to survive”.

Llambias, chairman David Somers, and director James Easdale were re-elected to the board but almost 39% of shareholder votes were opposed to Somers.

In a statement on McCoist’s departure released on Sunday evening, Rangers said: “Rangers would like to announce Ally McCoist has relinquished his duties as manager and will serve out the remainder of his contract on gardening leave.

“We would like to thank Ally for all his hard work in the last few years but we feel it is now in the best interests of all parties to move on.

“Assistant manager Kenny McDowall will take over his duties until the end of the season.”

McCoist said he could the reasons for his decision to resign private, but thanked the players for being “extremely respectful”.

Speculation has mounted in recent weeks that former Motherwell, Nottingham Forest and Derby manager Billy Davies is being lined up to replace McCoist in the dug-out.

Here is the full statement that Mr Somers made to shareholders:

“It feels like years since I last stood in front of you and it is amazing that it is only just over 12 months. 12 months ago, as I had just joined the Rangers Board, I was given the impression that the Club had enough money to see it through the first few months to the season ticket window.  Sadly, I quickly discovered that this was not the case.  The Board then began metaphorically to take up all of the carpets; after which we were left with a very long list of legacy issues that needed to be sorted out, often as our finances would allow.

In the financial area, we have been fortunate that a number of people have supported us with loans during the last 12 months, namely Sandy Easdale, George Letham and Mash Holdings.  I sincerely thank them for their support, which in some cases, has included their loans being interest free.

In the early days, while developing our list of legacy issues to be addressed, Graham Wallace wrote a review, which became known as the 120 day review.  In this he indicated a desire to spend £20-30 millions in reaching the top levels of Scottish and European football. After visits to various City institutions the Board believed that such a level of expenditure would be supported by the City institutions, and the then monthly rate of loss, would also be supported by the shareholders.  In the event, this was discovered not to be the case, because when we came to raise funds through a share issue, we soon found that there was a lack of appetite from shareholders to invest significant extra funds just to pay wages and utility bills.

Accordingly, we have moved to cut costs significantly. Like any household, Rangers can ultimately only spend what it earns and, as has been reported in the media, we have moved quickly to bring our costs down and much more in line with our income.  Rangers Football Club has been living beyond its means for many years and much of the cost cutting and efficiency improvements should have been addressed years ago by previous boards when we were in the lower divisions.  But they weren’t, so we are doing it.  A material part of our costs relate to player costs, however, and these can only be addressed over a long period of time because of the length of the contracts. These contracts are often measured in years, not months.

In these past 12 months, I have been surprised at a number of things.  Firstly, the highly negative aspect of most of the media reporting regarding Rangers.  Secondly, because it is clear to me that a stronger Rangers is good for Scottish football, I have been very disappointed to realise that outside of Ibrox, there sadly still exists a great deal of anti- Rangers feeling, perhaps (although I hope not) even in the football establishment.  Rangers return to the top flight of our game, I am sure you will agree, will be more easily achieved if everyone who cares about the Club works together for the betterment of Rangers.  This turbulent year has seen people calling for a season ticket boycott, seen the disruptive creation of a season ticket trust for a while and other negative ideas.  Such negativity is expensive for Rangers as it reduces season ticket and overall ticket sales, increasing the likelihood that I will have to borrow money to cover the shortfalls created.  Our path to restoring Rangers to where we all want the Club to be, can only be achieved with the continued support of all supporters, shareholders and business partners.

2013/14 saw Rangers Football Club complete the second stage of our rise back to the top of Scottish football and the year also brought another vital component for a new Rangers to emerge for the future – a structured and measured approach to rebuilding the football club. An unbeaten SPFL League One campaign was an excellent return for Alistair, his staff and the players and they deserve our congratulations. While we were all ultimately disappointed to have been defeated in both the Ramsdens Cup Final and the William Hill Scottish Cup semi final, our fundamental objective of achieving promotion was comfortably achieved with a points total into three figures.

I was delighted that the Board was able to further support the Manager in providing funds for the recruitment of nine players in 2013/14 and also in the period immediately after the end of the financial year when we brought Kenny Miller, Kris Boyd, Steve Simonsen and Lee Robinson back to the Club, together with the signings of Marius Zaliukas and Darren McGregor.

While the success of any major football club will always be benchmarked by its first team, a strong Youth Academy is also an informative barometer of long-term health and well being. It is very pleasing to see the quality and quantity of young talent being nurtured at Murray Park. Last season our Under20s won the SFA Youth Cup and narrowly lost out in the title race in the final week of the campaign. 57 players from our Under 14 to Under 21 age groups were called into international squads and three more Murray Park Academy graduates made their first team debuts.

The ladies and girls teams have come a long way in a short space of time, enjoying significant success. In season 2013, the Ladies reached the semi final of the Scottish Cup, The Under 17s team secured the league, Scottish Cup and League Cup treble, the U15s and U13s finished second in the leagues and a new U11s team has been introduced. Internationally, the Rangers ladies teams have contributed 22 players to the Scotland teams across all age groups.

We are charting our future strategy in the five key areas of:

• Re-connecting effectively to our Local and Global Fan Base

• Strengthening Commitment to our Communities

The year also saw Rangers make the first, important steps towards building an effective programme of engagement with our fan base. Fans were contacted via email, SMS, online and at matchdays to assist in our Ready To Listen Initiative, showing we are serious about improving communications and dialogue with all supporters. Subsequent focus groups took place in Ibrox with feedback generated helping to shape the direction of the Club’s fan engagement strategy. I think that we would all agree that we still have work to do in this area and one in which we must increase our endeavours.

Although we have experienced difficult trading conditions, there have been a number of important and positive, developments in our fiscal position during the financial year. A 32% increase in total revenue from £19.1m to £25.2m was recorded in the year ending 30 June 2014, with the majority of the uplift due to the first full year of our retail venture with our long term partner Sports Direct.

Reduced revenues from gate receipts and hospitality are down from £13.2m to £12.4m and were a direct result of the lower matchday attendances from both season ticket holders and walk-ins. This shortfall was offset by increased revenue from sponsorship and advertising up from £0.8m to £1.5m illustrating the improvements in the Rangers brand perception. Proceeds from ticket sales were also adversely impacted by the decision not to increase prices of either season or matchday tickets from the previous season.

Other Operating Income rose from £1.7m to £2.1m, a 22% increase, mainly as a result of hosting both Scottish Cup Semi Finals and an increased associated uplift in matchday catering revenues.

We are now increasingly looking forward.  An immediate priority is to re-build the Board with suitably experienced people and this is already well underway.  We also need to look at the football side for a number of reasons.  Firstly, there has for some time existed a chasm between the talented young players being developed at Murray Park and our first team.  We need to focus on ways of developing our own young players for the first team rather than continually buying-in players.  Secondly, as you all know Ally has decided to resign and has given us the required 12 months notice of his intention to leave the Club, as of yesterday Ally is on gardening leave.

Sadly, this year, one of our greatest ever supporters will not be with us on the rest of our long journey. In April we lost Sandy Jardine – a truly inspirational man and Ranger. I had the privilege of meeting him a number of times before he left us and I found him to be one of football’s true gentlemen. Sandy will be forever revered and the re-naming of the Govan Stand in his memory is a fitting tribute to a truly wonderful person who cared so passionately about his Club.

My personal goals remain what they were 12 months ago.  Namely to ensure that the events of Rangers’ recent past can never happen again; to cleanse the Club of these events, and also to ensure that Rangers gets back to the top in football. I now recognise that we will not get much support outside of Ibrox for this; we have to do it ourselves. And we will.

Last year I said that I was proud to be Chairman of Rangers.  I will repeat that again today, because I genuinely believe it is a privilege to be in this position.” 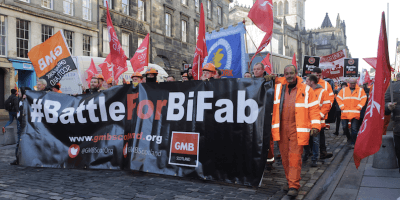